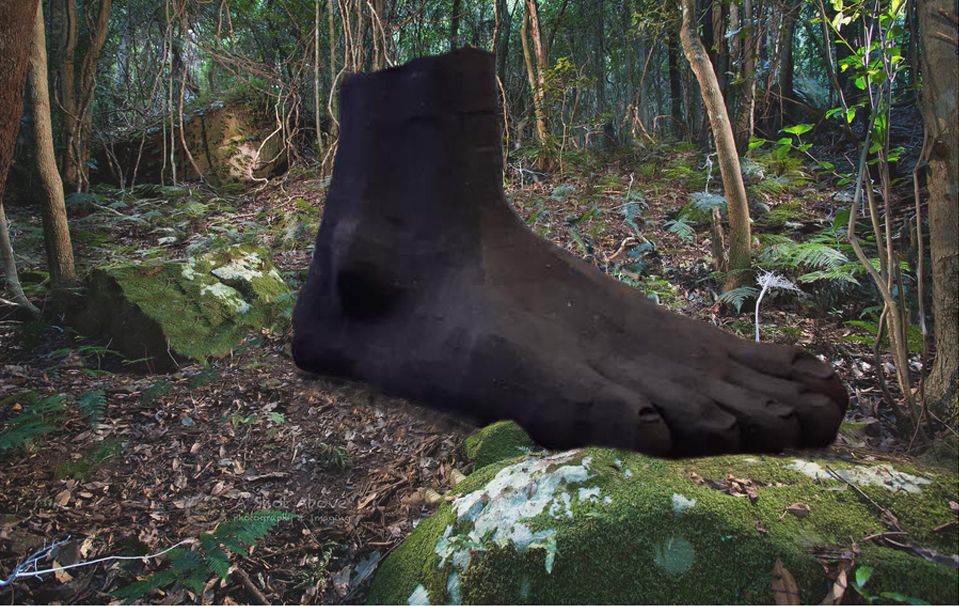 The Cult of Things

The year is 2221. The world is run by The Sisterhood of Anarchist Collectives, mentored by a steering committee of wise elders. Peace, harmony and joy have reigned over the land since time immemorial.

Whilst working in the ochre pits, a group of young diggers unearths a giant foot, surrounded by all manner of strange objects made of unknown materials and having no conceivable use.

The wise elders are summoned to decipher the mystery, but they are none-the-wiser. Just one wrinkled old lady has retained the faculties needed to enlighten the curious youngsters:

“You have unwittingly stumbled across a ‘Landfill’ – Sacred Burial Ground of The Cult of Things. According to folklore passed down from generation to generation, sometime long, long ago, the cult spread like wildfire across the entire globe, devouring all in its path, leaving nothing but a trail of devastation in its wake. Monolithic centres of worship known as ‘Shopping Malls’ were erected in every town and village, where devotees would flock to satiate their spiritual cravings. Followers crammed every corner of their palatial homes with religious icons called ‘Consumer Items’. The most revered deity of the cult was Gina – the Goddess of Stuff, a semi-mythical being.”

“Please tell us the whole story,” begged the circle of avid listeners.

“Well, first came the animals, then the plants. The animals liked making things like nests and burrows and bowers. Then came the humans who started making even more things, then they thought of making tools for making more things, then machines for making more tools for making more things. This was excellent, especially if you loved things and just couldn’t get enough of them. The machines were much better at making things than the humans. They didn’t need to sleep and they didn’t get bored. They worked all day and all night without so much as a toilet break or a smoko, for no pay! But they did need to be fed – a lot! They didn’t like normal food like potatoes or grass. They wanted one thing, and one thing only: Fuel. So we fed them fuel: solid fuel, liquid fuel and gaseous fuel. They loved it. They couldn’t get enough of it. They worked faster and faster. They seemed to know exactly what we wanted before we even knew we wanted it. Everything they made made us happier and happier. They whizzed us all over the planet at breakneck speed. It was so exhilarating. We said: “Faster, go faster!” How we loved those machines.

We got sick of doing everything really. We became slothful. The only thing we liked doing in the end was designing faster, bigger machines and playing with our interactive devices.

Our love for our things and the things that made tour things, grew and grew.

Some say it was becoming pathological, maybe even a bit weird. When the machines made even better things to play with: bright, new, shinny things, we took our old, out-of-date things to the sacred burial site, and laid them down reverently next to their friends, where they could rest in peace for all eternity.

Everything was going swimmingly, but the machines were getting greedy, demanding more and more fuel all the time, and fuel doesn’t grow on trees you know, and we couldn’t make the fuel, the machines couldn’t even make their own fuel, even though we told them to. We had to go out and find the fuel in some god-forsaken hole in the ground, like hunting truffles. Naturally, fuel was becoming harder to find, we had to dig deeper under the mountains and plumb the depths of the oceans. Naturally we turned to the God’s for help:

To honor Santos we made a beautiful blue flame that never went out. Children would come from near and far to toast marshmallows in her munificent radiance.

To honor Exxon we made a beautiful lake of rich dark crude. Every morning at break-of-day a maiden would immerse herself in the sacred pool. As she emerged we sprinkled her with gold dust that glistened in the morning sun. Select devotees were then allowed to lick her entire body clean.

To honor Adani we built a mountain of a man, 10 metres tall, of solid black coal, roughly hewn from the earth itself. The embodiment of all the awesome power that coal has given us: The power to build a world of our own making: A brave, new, invincible world of glass and steel and concrete. Stronger and better and more glorious than the weak, tired, exhausted, delicate, sensitive, sickly natural world that we left for dead!

Well, it didn’t work, did it? Something went wrong. Everything fucked up!

The whole damn place got really hot and sticky and unbearable, and wild and unpredictable, and downright dangerous. Whole species were dropping like flies, even the flies were dropping like flies. We burnt all our fuel trying to keep cool, but it just made it worse. Then the world caught on fire. The fire burned for months and months. The air got so thick with acrid smoke, the sun was just a pale lemon orb lost in a sea of grey. When the fires finally burnt themselves out  it got cold, really cold. We needed stuff to burn: coal, oil, gas, and lots of it. But there was none left, not a skeric to be scrounged, all gone!

So here we are, the motley crew, eking out a humble existence inside active volcanoes, fumaroles, pools of hot bubbling mud and decaying nuclear reactors, living off algae, salamanders, brine shrimps and old boot laces, keeping in touch via our crystal sets. The survivors of the great experiment.

There is precious little to show for our herculean efforts to reshape the world in our image. The concrete has crumbled into the jungle. The eldest of the elders have but the vaguest memory of those heady days, but no one believes them anyway.

This big black foot is all we have to prove it ever happened!”